The two teams play 3 v 3 inside of the penalty area.  Service alternates between the two teams, and each team attempts to finish three balls. After each attack is completed, the players must run around one of the poles set up outside of the penalty area before returning to play the next ball. The team that has the highest goal scoring total wins, and all ties are settled with a sudden death playoff round.

1   Speed of Play – Get the ball off of your foot when under pressure. Look to play one touch.

2   Switching the Field – Change the direction of play and isolate defenders 1 v 1.

3   Width and Depth – Expand the field and look to take the ball to the end line.

Progression 1 – Allow passes back out to the Feeders for first time shots on goal. 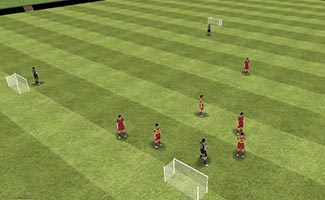 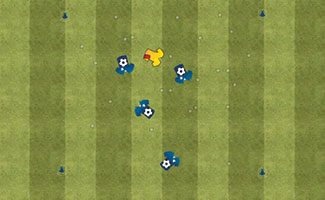