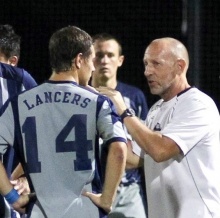 Defending the 3 v 2, Both Ways No tactics have been added to this practice yet.