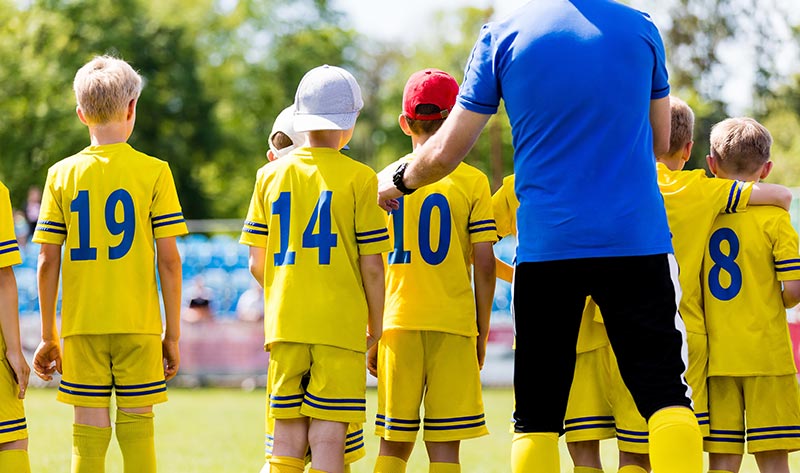 In the world of youth sports, there are all sorts of coaching experiences ranging from rookies to 10+ year veterans. However, regardless of seniority, knowledge, or skill, all coaches are trying to achieve the same thing: to make their players better, and to enjoy soccer. One of the wonderful things about coaching (as well as teaching) is that there is no set path on how to achieve this, and everyone develops their own style to teach and inspire their players. As coaches, we need to respect other coaches' different styles, while always striving to refine and better our own.

Coaches Need to Lead by Example

Coach interaction is a very important part of the youth sports process because our behaviors set the examples for our players. If we behave poorly to someone else, then our players will act poorly themselves. Alternatively, when we act with respect and grace, our players well show good sportsmanship in return. As a guide, please try to always maintain your composure during practices and games, especially when the pressure rises.

How to React to Other Coaches with Poor Behavior

Ideally, we want all the games we coach to be against another team who has an equally calm and courteous coach. However, sometimes that doesn't happen, and the excitement and (perceived) pressure on game day can be too much for some people. When this happens, please do not engage the coach on the sideline, but instead email your club’s administration if their behavior is beyond the pale. Recreational programs normally keep track of coaches who continually get negative feedback, and reach out to them about their behavior. Alternatively, please also write reports about coaches who go above and beyond to set a good example. Well run clubs keep track of those coaches as well, and normally find ways to reward them.

In modeling good behavior when dealing with the opposing coach, it's important on game day to set a positive tone right from the start. To do this:

Please note that, in recreational soccer, every coach you play against is also a volunteer, who is doing the very best they can. They are just as prone to make as many mistakes as the rest of us, but are trying to help their players be better at soccer and to love the game. Please help each other facilitate your mutual goals by acknowledging your roles in your player's lives and acting accordingly.