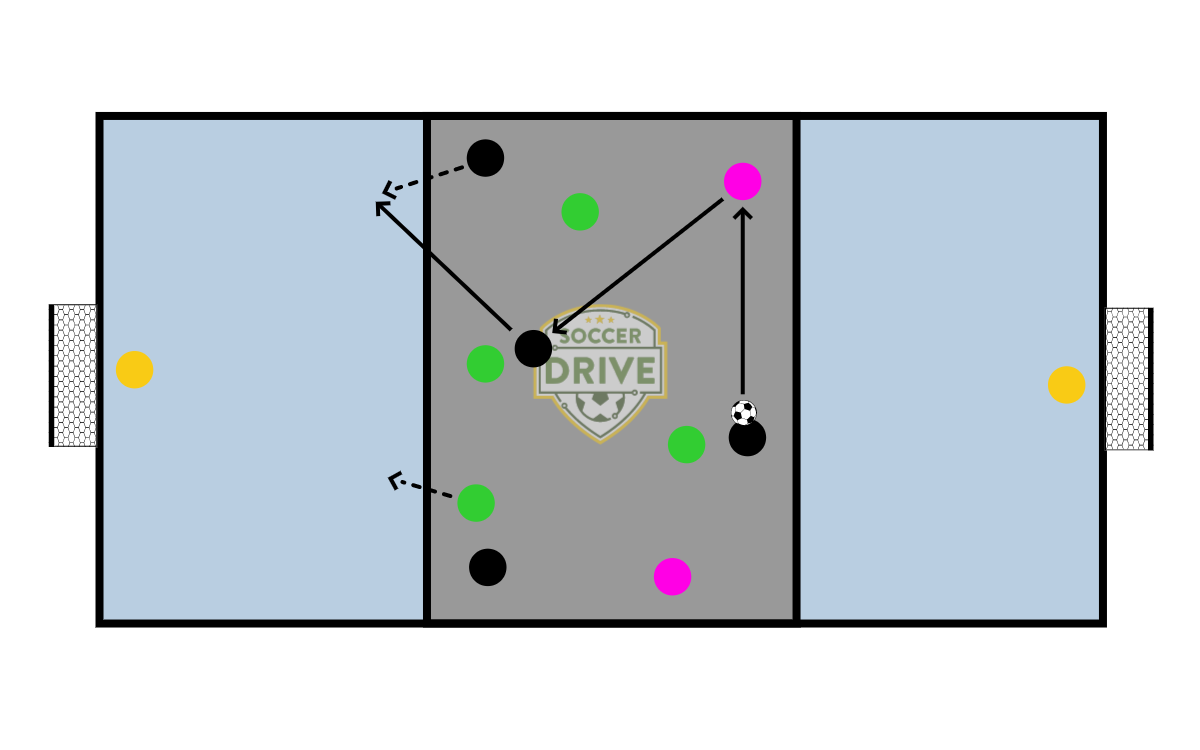 2.   Attacking – Switch the play quickly, and then look to create 2 v 1 opportunities.

3.   Finishing – Control the thru pass immediately, then look up and deal with the goalkeeper.

Progression 1 –  The defender can enter the attacking zone as soon as the pass is made.