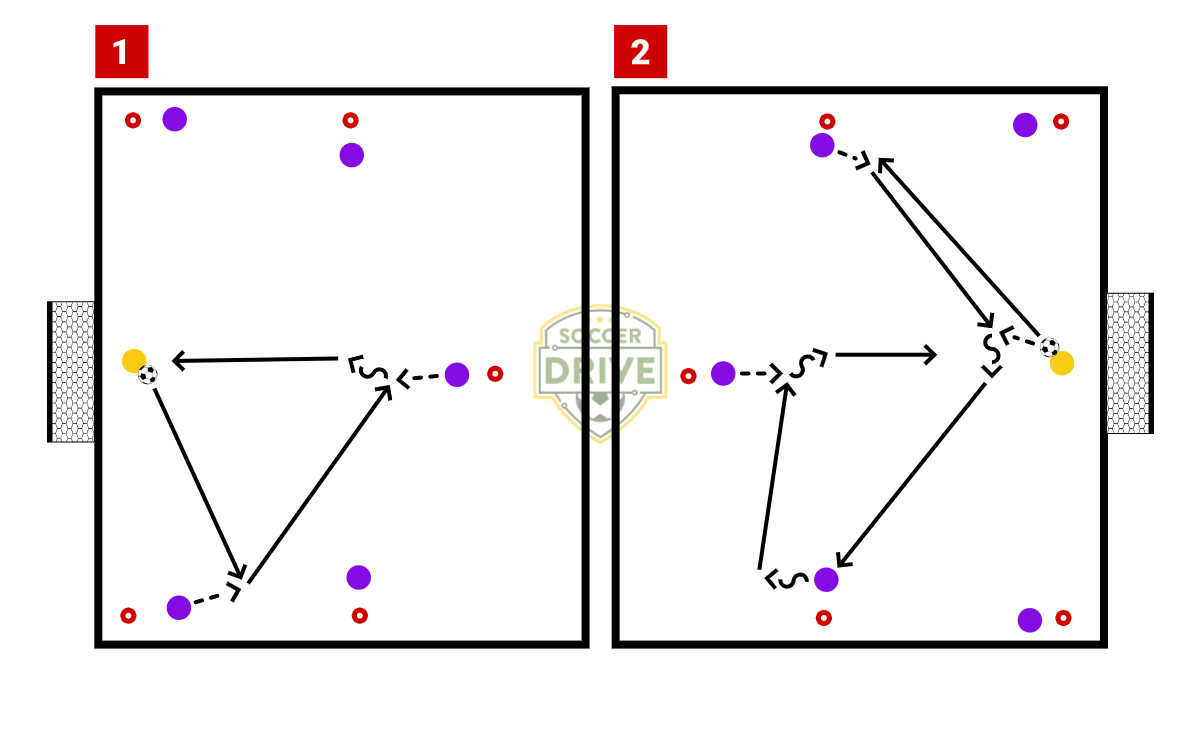 Diagram 2: If the throw from the GK takes a player back towards the end line, that player must then pass the ball right back to the GK. From there, the GK opens up and changes the ball to the other side of the field to the outside back or mid. They play it across to the striker, who shoots on goal.

1    Speed of Play – The outside players should be receiving passes on the run.

2    Technique – The throw from the GK should not slow players down or force them to take extra touches.

3    Switching the Field – The GK must get his feet set early in order to be able to open up with his first touch.

4    Decision Making – Choose the right opportunity to play the ball out to a midfielder.

1    Once the striker receives, he can make a long pass to an outside back for a cross and finish.