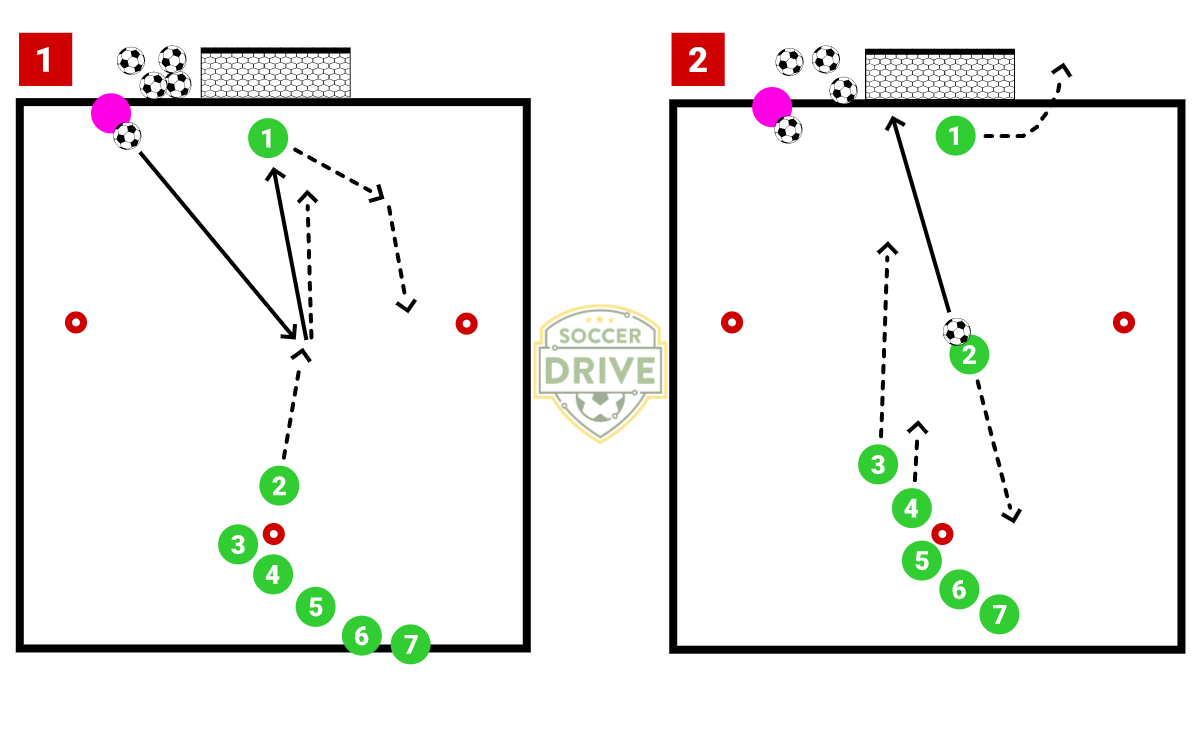 Diagram 1: Player 1 starts in goal, and the shooting line starts at the center cone, placed 30 yards away from goal. Player 2 runs to goal to finish a pass from the Feeder on the end line, hitting the shot first time. Shots must be struck from behind the cone line. When Player 2 does not score, he runs to goal to save the next shot from Player 3. Player 1 returns to the shooting line.

Diagram 2: When Player 2 scores, Player 1 is out of the game and goes behind the goal. Player 2 goes back to the shooting line, and the next player in line - Player 3 - must run to the net to become the goalkeeper. Player 4 then gets the next shot on goal.

*Note: The Feeder controls the speed of the game. After missing a shot, the shooter must sprint to goal because the Feeder will not wait long to make the next pass out. If a player forgets to run to goal, the next shooter may get an empty net to shoot at.

*Note: If a player that has been sent behind the net catches a missed shot before it hits the ground, he returns to the shooting line. It's a "Get out of jail free" card.

2.    Finishing – Look for a quick shot and catch the GK out of position.

3.    Finishing – Do not overpower a ball set back from the end line.