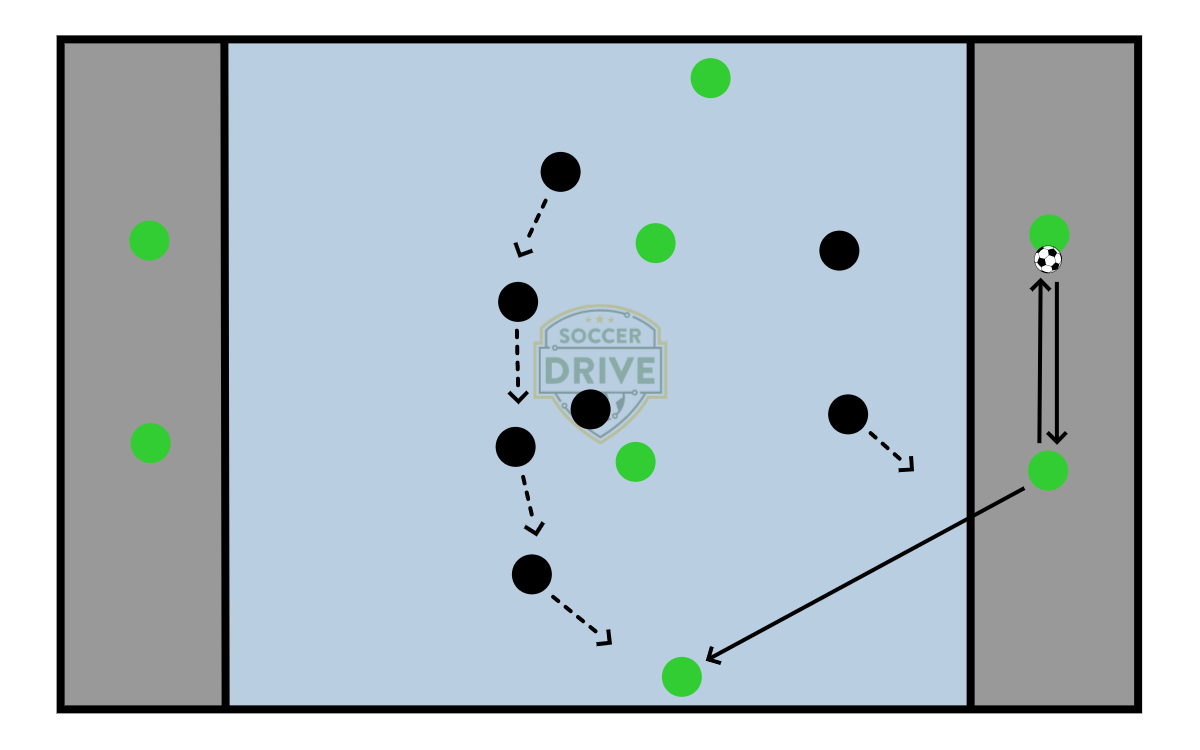 Mexico has played with three center backs in World Cup build up. To be effective the front 7 must make play predictable when defending. Specifically they must protect the wide space behind the midfield.

In a grid 65 x70 have 7 vs. 4 with the 4 supported by two players at either end of the space. The far two players are in a restricted space. Organize the 7 in to a 5-2 formation.

The two servers begin with the ball that they may pass back and forth before finding an entry pass. The four interior players and the servers seek to play into the targets in the far end zone and receive the ball back. The 7 seek to win the ball and carry it out the server's end of the space.

1. The servers can join in on each possession to create a 6 vs. 7 inside

2. The object is to get it the target/ get it to the target and receive back in the final zone

1.  Movement to the ball to make play predictable.

2.  Closing to the ball and denying penetration.

3.  Ball winning at the appropriate moment.

1.  Collaborate as two lines to deny penetration into the wide space behind the midfield.

2.  Close the distance as the ball is moving.

3.  Make teammates aware of runners moving onto their blind side.