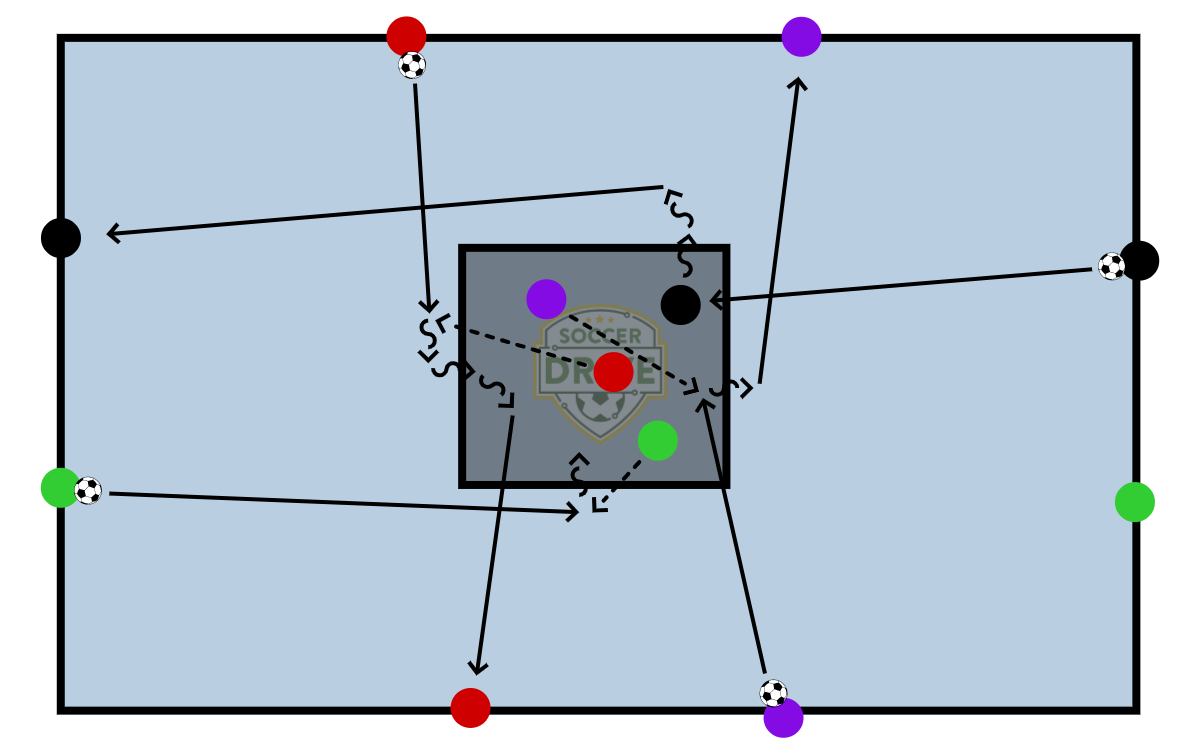 To receive passes with a focus on the direction of first touch.

• Players in groups of three. • One player plays centrally, with his two team mates playing outside the grid on opposite sides. • Each group has one ball each.

• Can players’ first touch take you into space? • Can receiving players open their body to track the movement of outside players? • Can outside players be lively and make it difficult for their team mates to track their movement? • Can you play with two touches, or at times play off just one touch?

How many times can you control the ball and pass successfully using two touches?

Outside players may physically hide behind players so their team mates cannot find them – even jokingly. Monitor how this may impact the flow of the exercise.

2.   Be aware of the movements of your teammates.

3.   Play with an open body shape and be able to play in all directions.

First touch inside box out