Pressing Down One Side 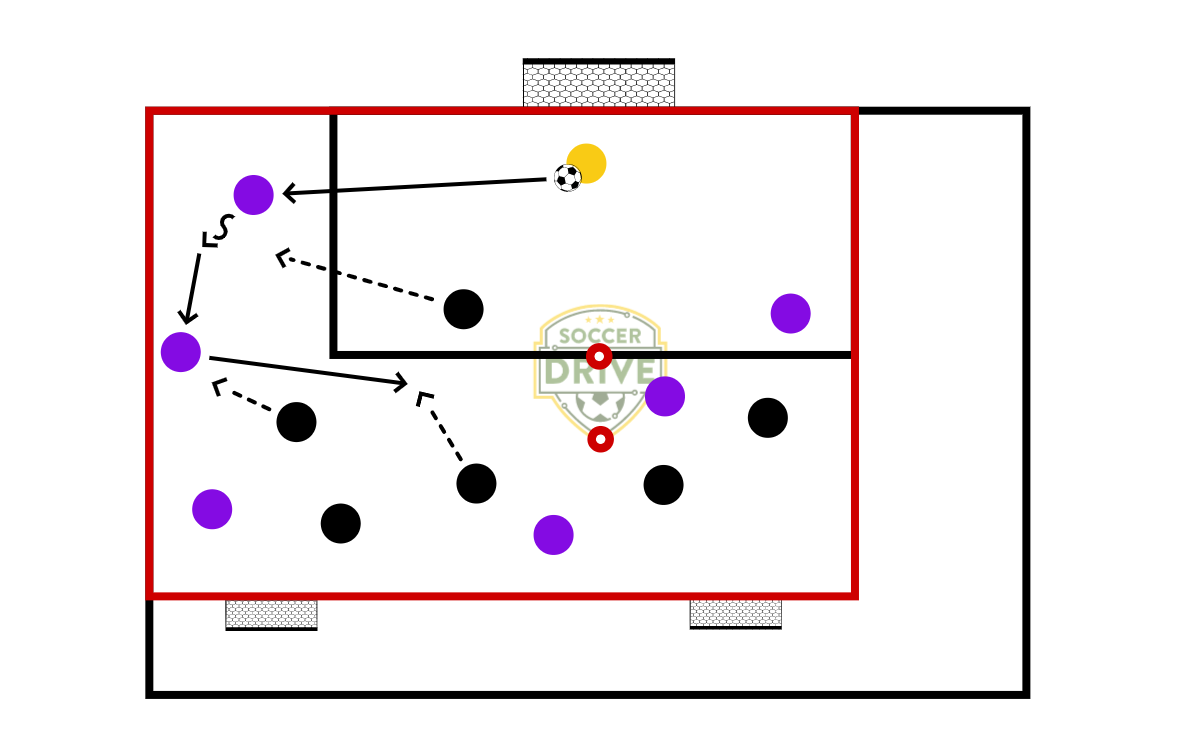 One team of seven, including a goalkeeper, are building up against a team of six using a 40x60 area around one half of the field. The objective of the possession team is to start with the goalkeeper and break the pressure by scoring into either of the two mini-goals at the top, or completing a pass through the horizontal gates in the middle. Both teams are organized into their positions. The gates are there to replicate a switch of play in a game that could be problematic for any pressing team. If the defensive team win the ball they can counter immediately on the main goal. Play three 3x4 minute games.

1.   Use the GK to relieve pressure and to switch the field.

2.   Organize your press so that you build up numbers of defenders.

3.   When pressing, force the play in one direction to create turnovers.