The two teams play 4 v 4 plus two on the large field, with players stationed in each of the five circles, playing 1 v 1. To score, an attacker must receive a pass from a teammate and dribble out of the circle. The passer switches into the circle after each score. Defenders can steal passes made into their circle, and they can score as well by dribbling out. When that happens, the teammate nearest to that player switches into the circle. If a neutral passes the ball into a circle for a score, the nearest attacker switches in. Games are played to 11 points, and the neutrals switch out after each completed game.

1    Possession – Open up the space and continue passing until a good chance to score arises.

2    Decision Making – If the defenders close a circle down, turn away and attack a different area.

3    Group Attacking – If the defender steps into your passing lane, use a third attacker to attack the circle from a different direction.

Progression 2 – Attackers must play a one touch pass out of the circle to a teammate to score. 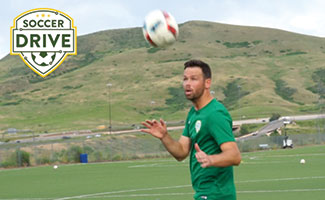 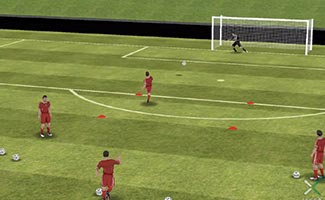 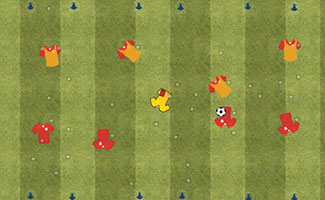