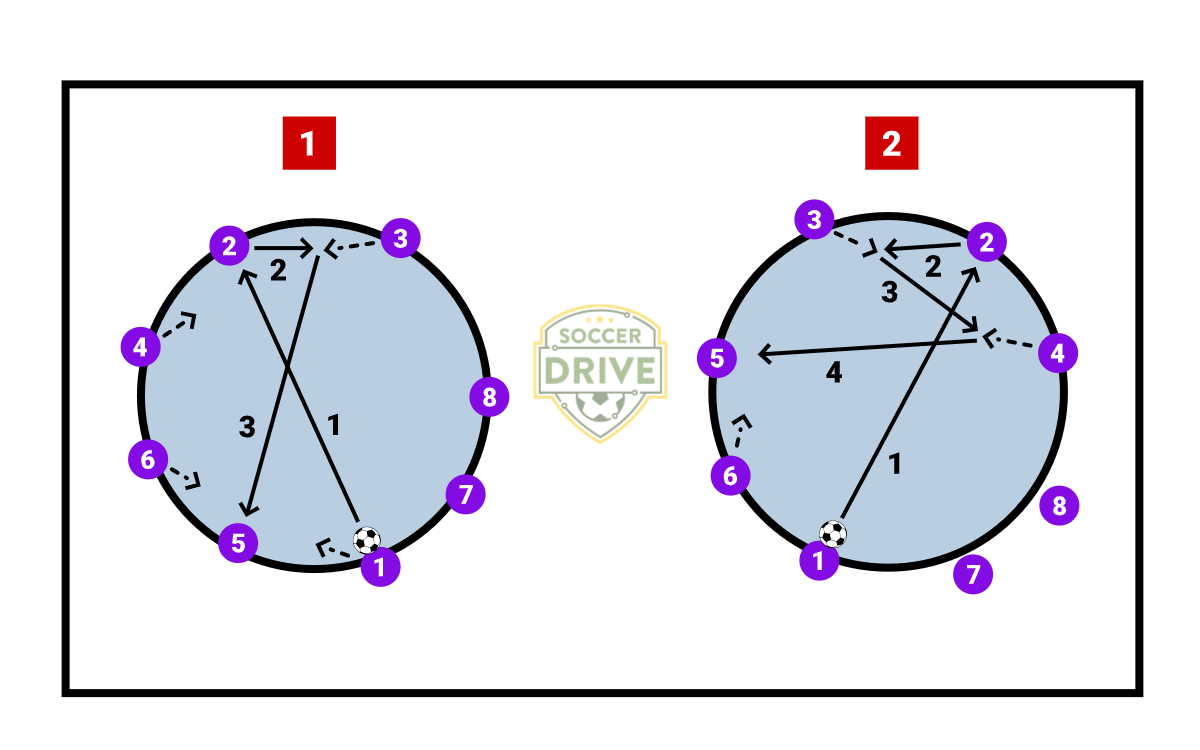 All passes are made in one or two touches. Long passes should be as long as possible. Players must anticipate where the next pass is going so that they can support the ball early and communicate with the receiver.

2.  Speed of Play – Show for the short pass BEFORE the player receives the long pass.

​1.  Limit certain players to one touch. Or require that certain passes (long or short) be hit first time.