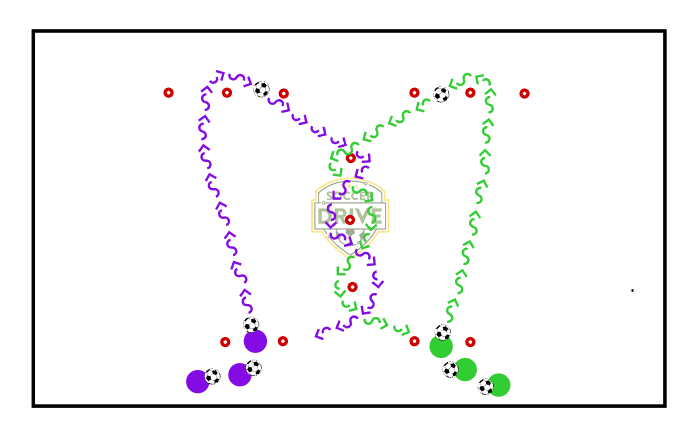 Starting gates are set up for lines of players, with three cones placed opposoite them, about 20 yards away. A center line of three cones is placed between the two lines. Soccer balls are placed near the last cone at the top of the drill. The first player in each line dribbles out to the three cones and goes around the center cone. After turning around the cone, they leave their ball and pick up the other ball to dribble back. from there, the players slalom thru the three cones in the center and back to the start. As soon as a player finishes, the next player in line can go. Coaches can have players race individually or as a team.