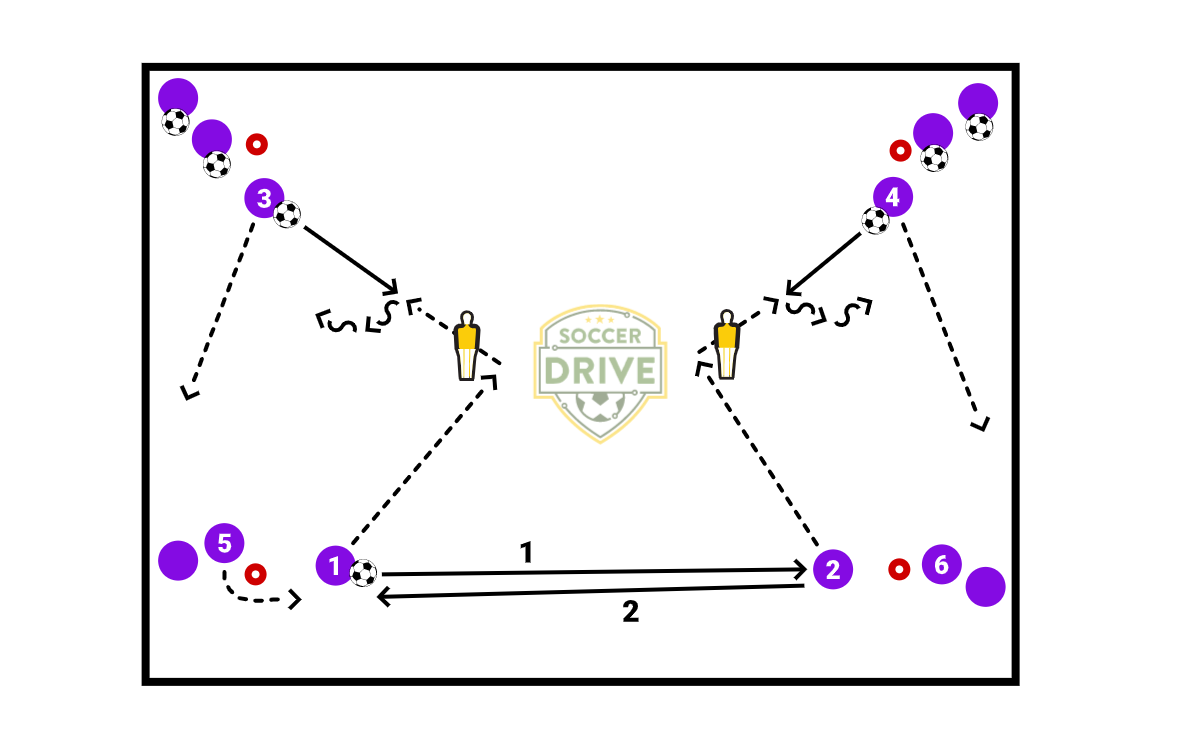 Player 1 passes across to Player 2, and then sprints around the pole towards Player 3. Player 3 passes to Player 1, who collects the ball and dribbles to the end of the passing line. Player 3 goes to the running line. On the other end of the field, Player 2 receives the pass from Player 1 and passes the ball back up to Player 5. Then he sprints around the pole to receive a pass from Player 4, controlling the ball and dribbling it to the end of the passing line.  Player 4 moves over to the running line. Play continues in this pattern, with the players staying on one end of the field and running back and forth between the two lines.

1.  Passing - Strike the top half of the ball in order to keep it on the ground.​

2.  Ball Control - Direct your first touch to the side rather than straight ahead.

3.  Speed of Play - Eliminate all unnecessary touches and play as quickly as possible.

Progression 1 – After striking the pass across, players run to the other end of the field to receive the second ball. Then they turn and speed dribble back to the passing line.