1    Timing – Strike your pass as the player turns thru the gate and looks up.

2    First Touch – Open up and touch the ball off at an angle. Play in a quick two touch rhythm.

3    Speed of Play – Sprint to the ball when you receive it. Don’t wait for the ball to come to you.

Progression 1 – Add a wall pass in the center before playing the ball to the next player. 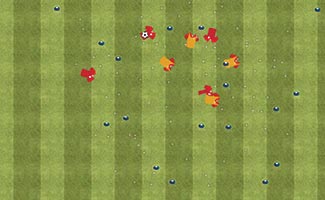 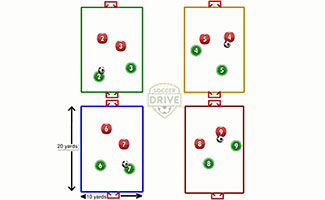