Eight players are stationed on the outside of the circle, and two players move freely on the inside. One player on the inside is designated as the Target Player (Player 1), and the other is designated as the Support Player (Player 2). Two balls are in play during the drill. One ball is shared by the outside players, who move the ball in any direction around the outside of the circle. The other ball is played from an outside player to the Target player. The Target then plays back to the Support player, who finishes the combination by playing it back outside to any open player. During the drill, the Target and Support players switch out every 60 seconds.

1    Work Rate – Inside players must create space and passing angles for the entire minute.

2    Anticipation – Watch each play develop and be able to predict the direction of play.

3    Intensity – Always be up on your toes and ready to receive and/or change your position/choice.

Progression 1 –  Either of the two players on the inside can be the target, and the other supports. 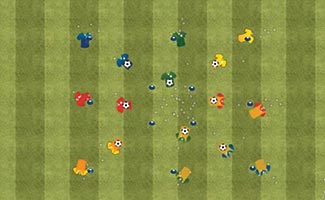 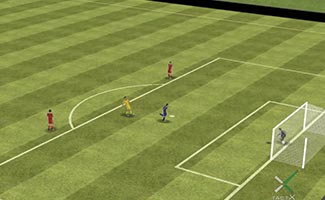 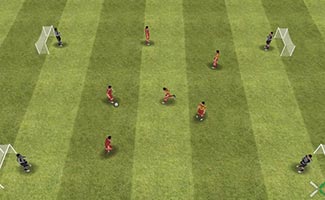