Lesson 16: How Important Is Winning In Youth Soccer? 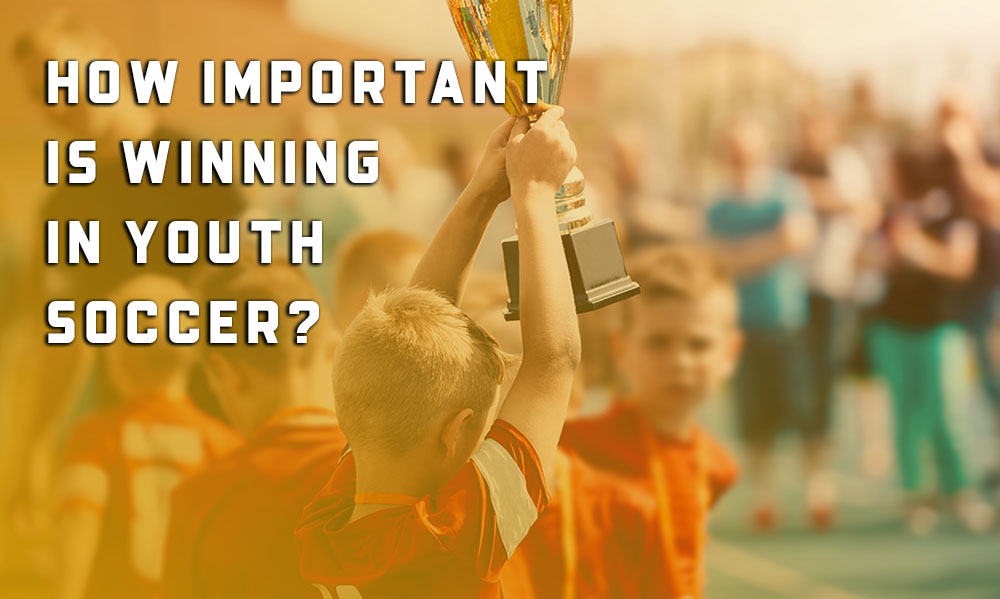 Let’s not beat around the bush: winning is important

To be honest, it’s not talked about enough. Winning is part of why we play games and sports, and is the reason we compete. We inherently want to win, it’s part of our DNA. However, if you take a Grassroots coaching education class you’ll hear a conflicting message repeated ad nauseam: do not focus on winning, winning isn’t the priority.

They are also right.

So, what’s the distinction? How can winning be important yet not be a priority? In this article we will explore the difference between the two, and how to navigate and focus your efforts as a coach.

Winning at all costs vs. Winning as a by-product

Everyone loves to win: it increases our dopamine production which makes us feel good about our performance. Coaches feel good about their own involvement with a team that wins and, to be perfectly frank, a winning team doesn’t have the same problems with youth sports parents that a team which isn’t winning does. Everything is looked through rose-tinted glasses on a team that is winning vs. a team that isn’t. However, as a coach, we need to understand that winning needs to be a by-product of development rather than a must.

Examples of a winning-at-all-costs mentality

Hopefully, while reading these examples you’re nodding your head and saying “I would never do any of these.” Unfortunately, many of us have and it is very prevalent in almost all youth sports.

So, how do we use winning a by-product?

Focus on the process rather than the outcome

Admittedly, this is difficult as everyone wants to win. What’s the first thing a player or coach is asked after a game by someone who didn’t watch it? “Did you win?” It’s ingrained into our national psyche that winning a game means you played well, while losing means you played poorly.

However, that’s not true and focusing on the process is what distinguishes the good coaches from the poor ones. If you, as a coach, can make decisions for your team that have the long-term development of your players, rather than the short-term gain of winning, as the priority then you will be serving them better. Success does not come easy and is never linear.

Examples of this are if a coach is teaching their players how to control the ball in tight spaces or how to play out of the back. There are going to be mistakes made and goals will be conceited as a result. Failure is part of learning, and without failure people cannot grow their skills into a mastery of it. It takes a strong coach to understand that teaching players how to play the sport, rather than how to win the sport, will cause problems in the present but will lead to success and mastery in the long term.

That’s fine, and that’s good. You want your players to want to win every time they play an activity in practice or play in a game. That is what competition is about, and you should support that as a coach. However, you are in charge of teaching them how to win. You can see the bigger picture, and it is your job to guide them through the ups and downs that that journey is going to entail. Your focus on mastery will lead to winning organically, as your team will develop individually and as a unit. Teams where winning is the only focus often lose players who quit out of frustration and lack of preparedness as other, better, teams overtake them.

At the end of the day, it is also important to understand that while winning is important to coaches, players, and parents alike, it is not even the primary reason why players play.