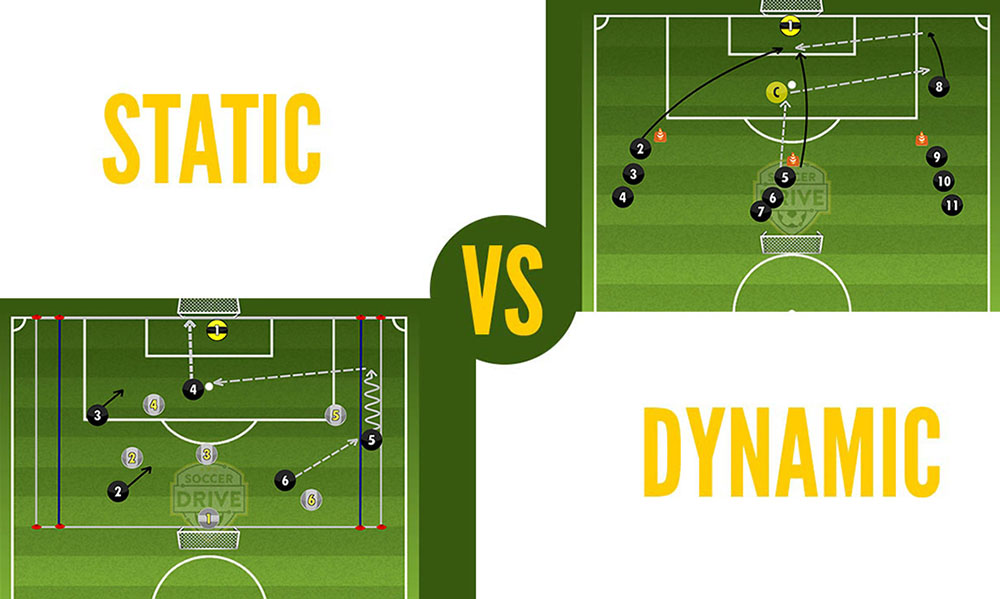 A Look at using Static vs. Dynamic Soccer Drills in Youth Soccer Practices

To start, please watch this short 1 minute video from a recent United States Soccer Federation (USSF) ‘B’ license. For background, this is a Stage 2 activity (meaning, done after the warm up), and the topic is Crossing And Finishing In A 4-4-2 Formation. While watching, ask yourself what you like about the activity, and what you dislike.

Here are a couple takeaways from the video, starting with the positives:

Now lets look at the negatives:

When designing practices, it’s important to keep them dynamic

The difference between static and dynamic activities are:

For example, here are two Stage Two activities that are designed to bring out “Crossing and Finishing” in a training session: 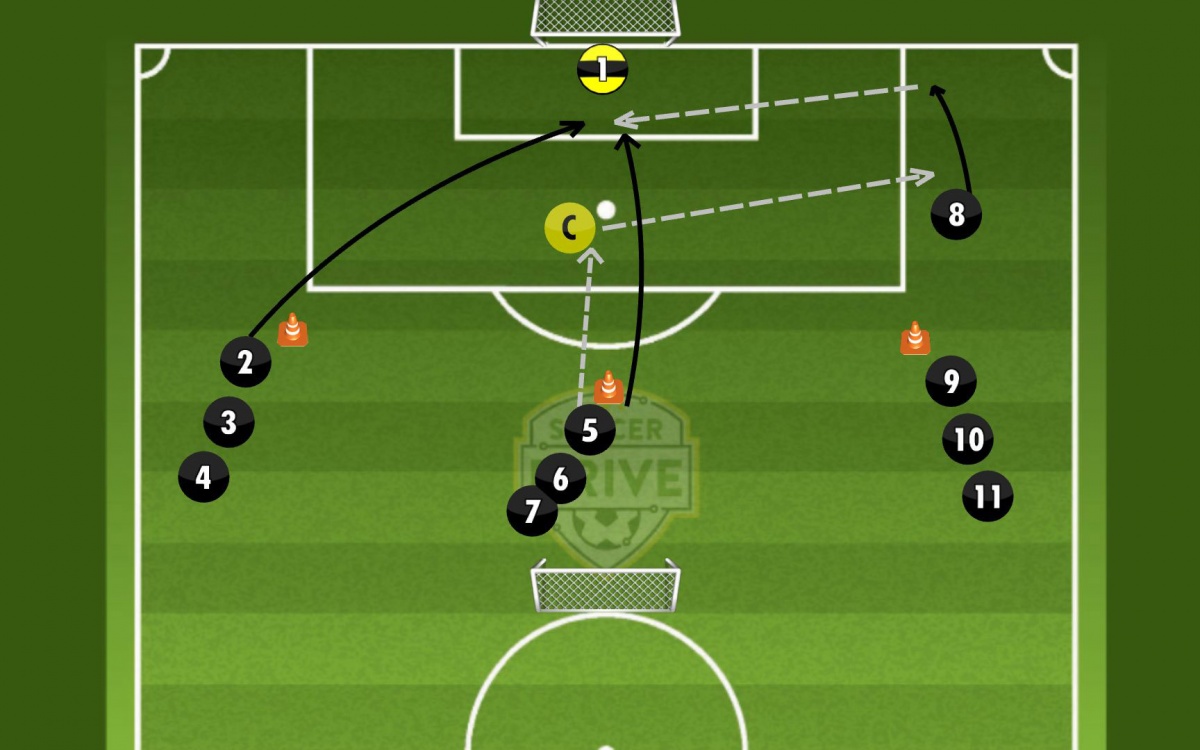 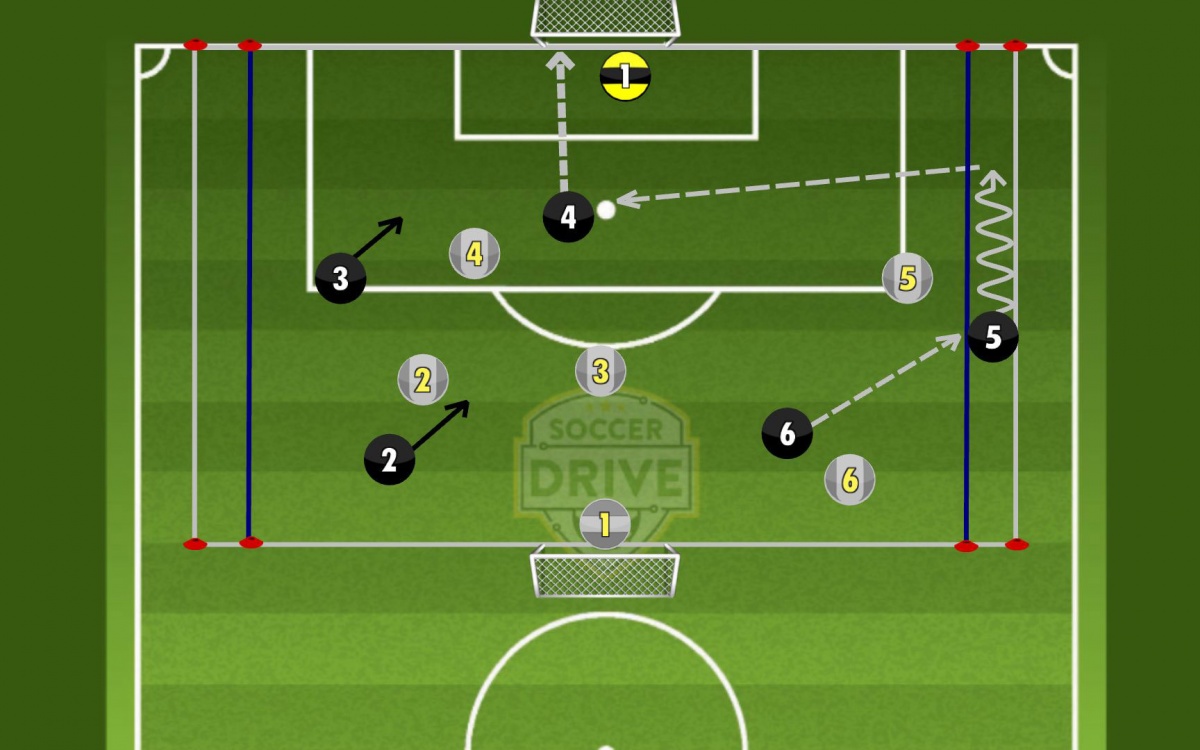 Advantages of the Dynamic Activity

Both address out the topic, but the dynamic practice offers the following over the static one:

The Importance of Keeping Your Soccer Practices Dynamic

It is very important to keep your practice activities dynamic. When introducing a technique to younger players, sure, introduce it without pressure, but quickly move on. Dynamic activities teach not only technique, but decision making and how to play at a game-realistic pace. Try Challenging yourself to limit to static activities in your practice plans and your teams will develop faster, and your players will have more fun at practice (who wants to come to practice just to stand in a line, or pass around a square?!)