Lesson 8: How To Design A Youth Soccer Practice 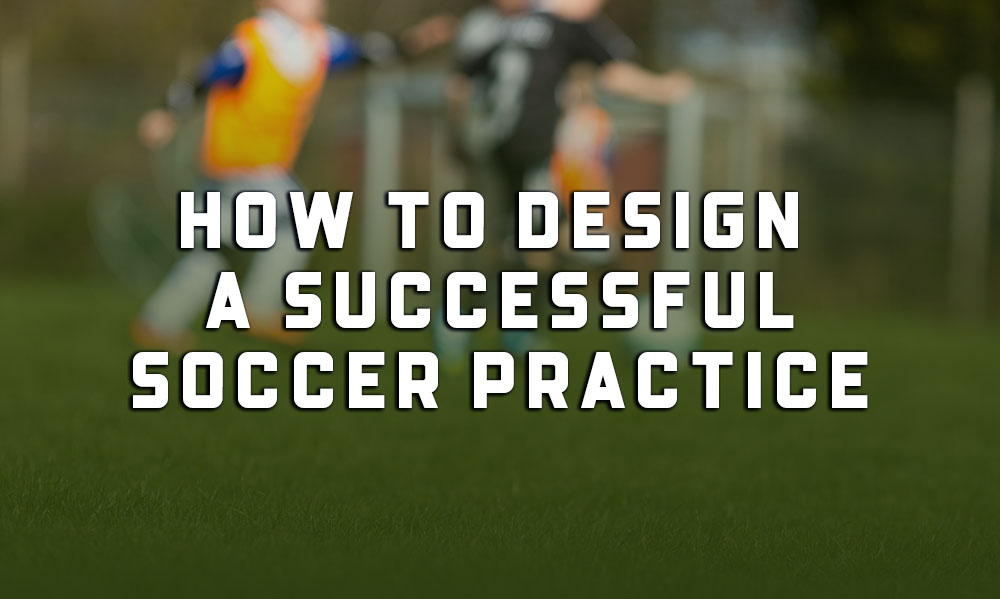 Ready to start designing your own youth soccer practices? Regardless of age, ability level, or topic, successful practices all have several things in common:

While observing coaches work with their teams, you will often see novice coaches design a practice that address a wide range of topics in one practice. For example, a coach will watch their team play the weekend before and say after “we were poor at passing, dribbling, and shooting.” At their next practices they will have designed a practice with three activities: one for passing, one for dribbling, and one for shooting.

It may seem like a good use of time, but not focusing on a single topic for a practice makes it difficult to get information across to your players, doesn’t give them the repetition and opportunity to understand the topic, and will leave everyone frustrated as nothing will really be learned or understood.

Instead, decide on a topic and spend time developing it within that practice. Most clubs will have a curriculum they want their coaches to follow which outlines all the topics they want hit in a season at each age. If so, follow that regardless of what your team did well/poorly the weekend before. If not, try to put together a plan yourself of what you want to address throughout the season. You can find examples of topics to address through our soccer drills page (just sort by age).

Now that you have your topic, it’s time to develop and teach it to your players. The United States Soccer Federation (USSF) has advocated for a play-practice-play method, where every practice starts with a small-sided 2v2, 3v3, or 4v4 game at the start of practice (example). This helps the players get active quickly, get lots of touches on the ball, and starts the practice off with a fun vibe (because who doesn’t like to scrimmage?!).

From there, we want our activities to start with simple activities, which introduce the skill being taught, and then each subsequent activity adds a new element of the game. For example:

This topic is further discussed here, and is very important in order to properly teach the many phases of the game while simultaneously keeping your players’ interest and motivation high. If you constantly have practices with long lines, then you will:

A full game never has only one player shooting on an empty net with no pressure. That’s why it’s important to get players under pressure and in game realistic moments each practice…it better prepares them for what they may experience in a game  A good rule of thumb for each dynamic practice is: No Laps, No Lines, No Lectures.

Don’t send your kids running on laps, as it doesn’t get them fit and wastes your valuable practice time. Don’t use physical activity as a punishment.

Avoid lines and, if you can’t, keep them small and moving quickly.

Keep your coaching points succinct. Commercials on TV average 15 seconds these days. Why? Because that’s the average attention span for an adult. A child’s is even shorter, so make your point and get them playing again.

How to Keep Things Fun

Too many practices, from novice and experienced coaches alike, just don’t look fun. Players aren’t trying and there aren’t many smiles. So, what does a fun practice look like?

Soccer Drive has entire practice plans already created for each age level which follow all the methods described above here: Soccer Practice Sessions. However, designing your own helps inject your personality and creativity into the team. All practices are different, but following the guidelines listed above, no matter what activities you play, will help you developing your players and keeping them active.