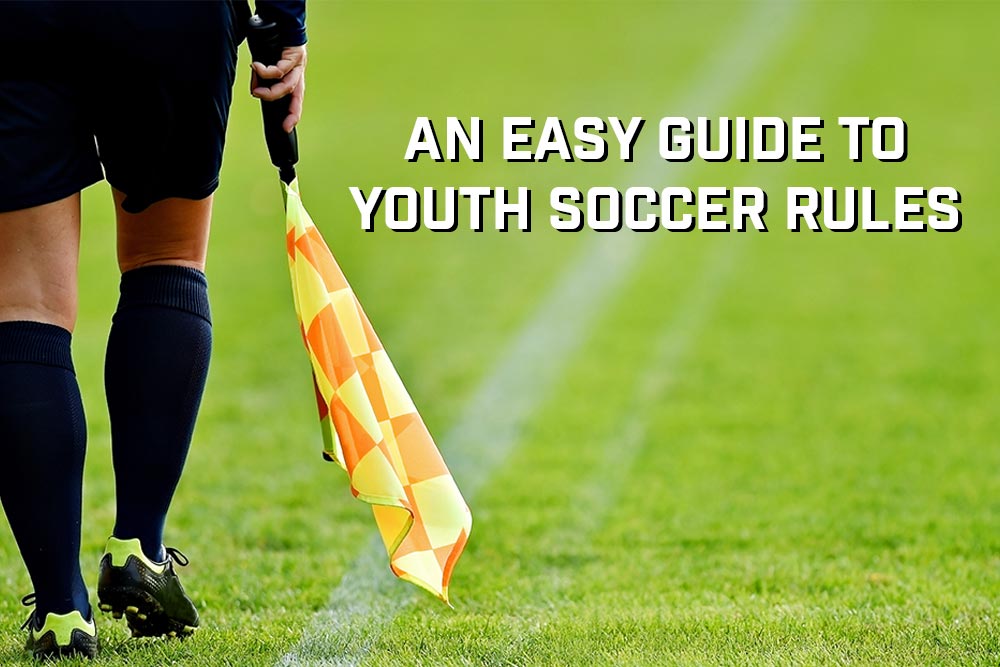 Soccer is essentially an easy sport with pretty simple rules to understand (except for offside!). The object is to score in the opponent’s goal without using your hands are arms, more often than your opponent does in yours. That’s it! However, over the 100+ years that organized soccer has been played, rules have been added to change aspects of the game as well as how the game is played. The most important ones to know are:

A full professional game is 90 minutes long, broken into two 45 minute halves. A halftime is given for each team to get water and talk about what they want to do differently for the 2nd half. There are no ‘timeouts’ in soccer, and coaches have no way of stopping the game until halftime. For youth soccer, the length of the game varies by age and the league you are playing in.

A normal, professional field looks like this. However, it can vary by age and the league your team is playing in: 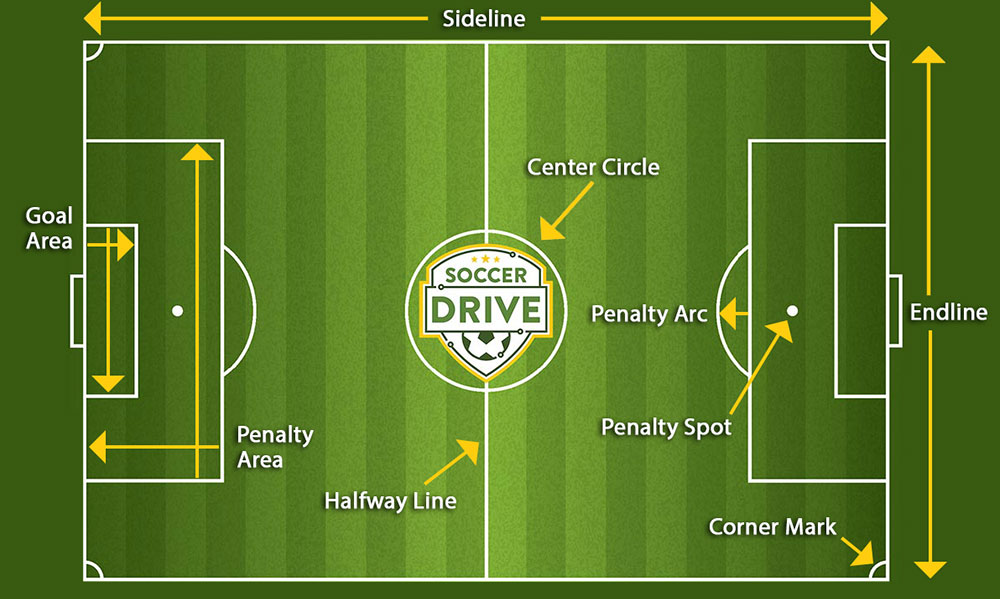 Kickoff happens at the center-point of the field, and occurs to start each half, as well as after a goal is scored. All opposing players must be on their half of the field and outside their half of the center circle. Once the ball is touched, the opposing players may enter the center circle and the game begins. The person taking the kickoff is only allowed to touch the ball once before someone else touches it. For example, it is customary to start the game with a pass to a teammate. The person cannot dribble the ball forward, because that would be taking more than one touch to start the game.

There are two different types of freekicks in soccer: Direct and In-Direct. A direct freekick means that the restart can be shot and go directly into the opposing goal without having touched by anyone else. An indirect kick means the shot has to touch at least one other person on the field before going in.

Direct freekick happens when one of the following happens:

An in-direct freekick happens when a player:

What is offside in soccer?

Of all the rules in soccer, offside is the most difficult to understand. We’ve included a few diagrams to help explain it, but basically offside is “when a player is in the opposing team's half of the field and also nearer to the opponents' goal line than both the ball and the second-last opponent when a pass is played to them.” Phew. Ok, here are some examples:

Offside Example: The attacking player is nearer to the goal than the 2nd to last defender (includes GK) when the ball is played. 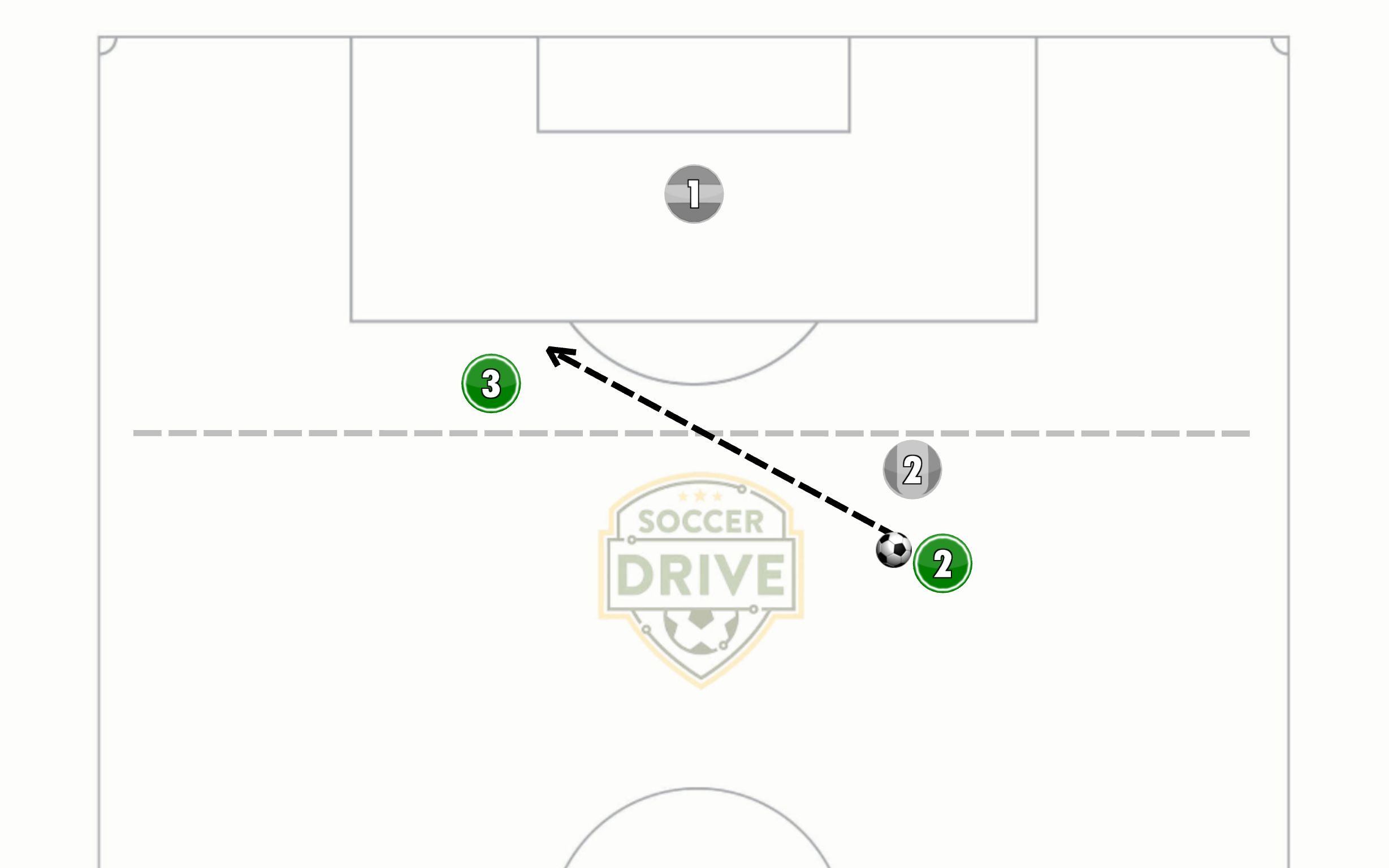 Onside Example: The attacking player has two defenders between the goal and them when the ball is played. 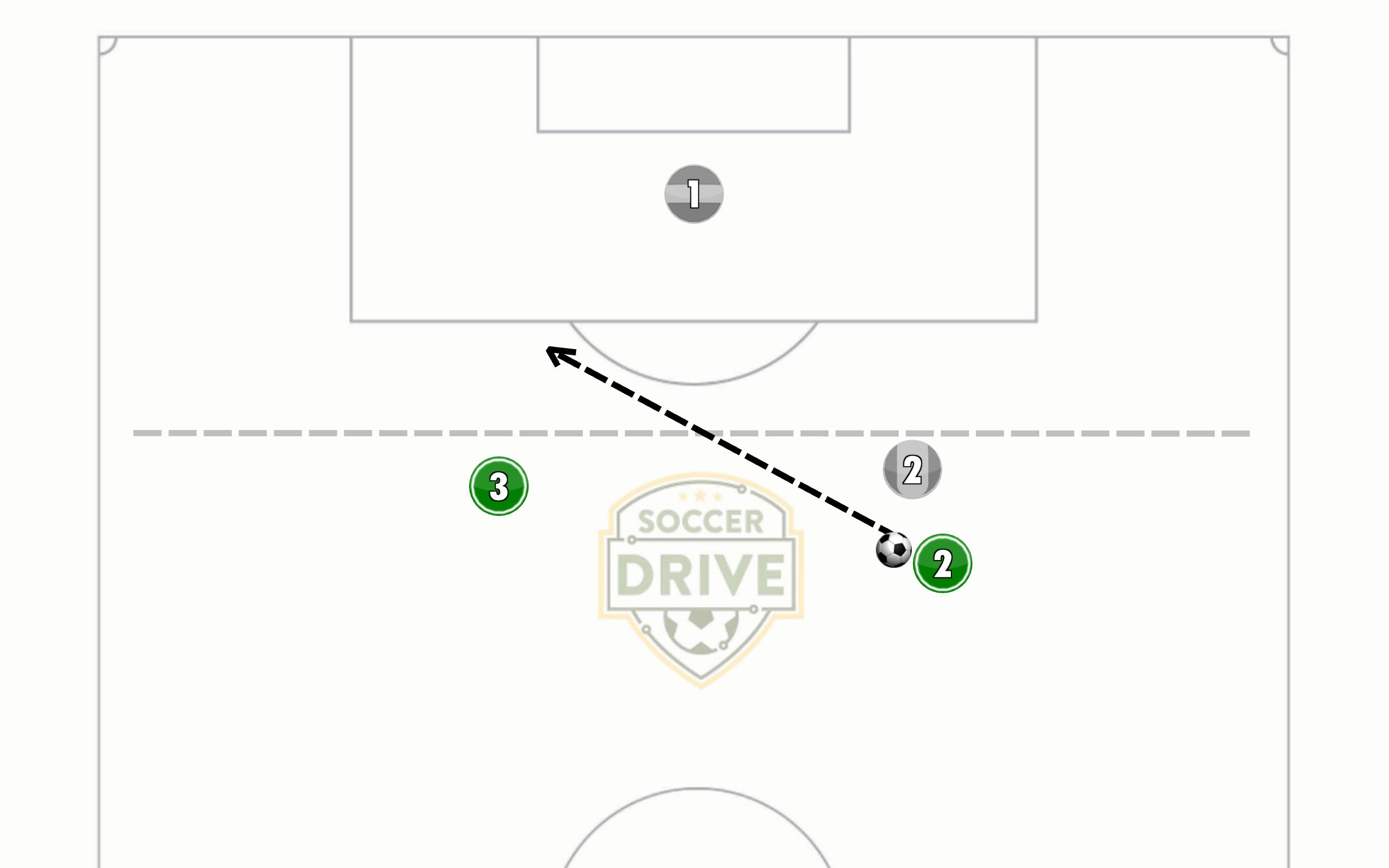 Offside Example: The attacking player is in the opposing team’s half and nearer to the goal than the 2nd to last defender (includes GK) when the ball is played. 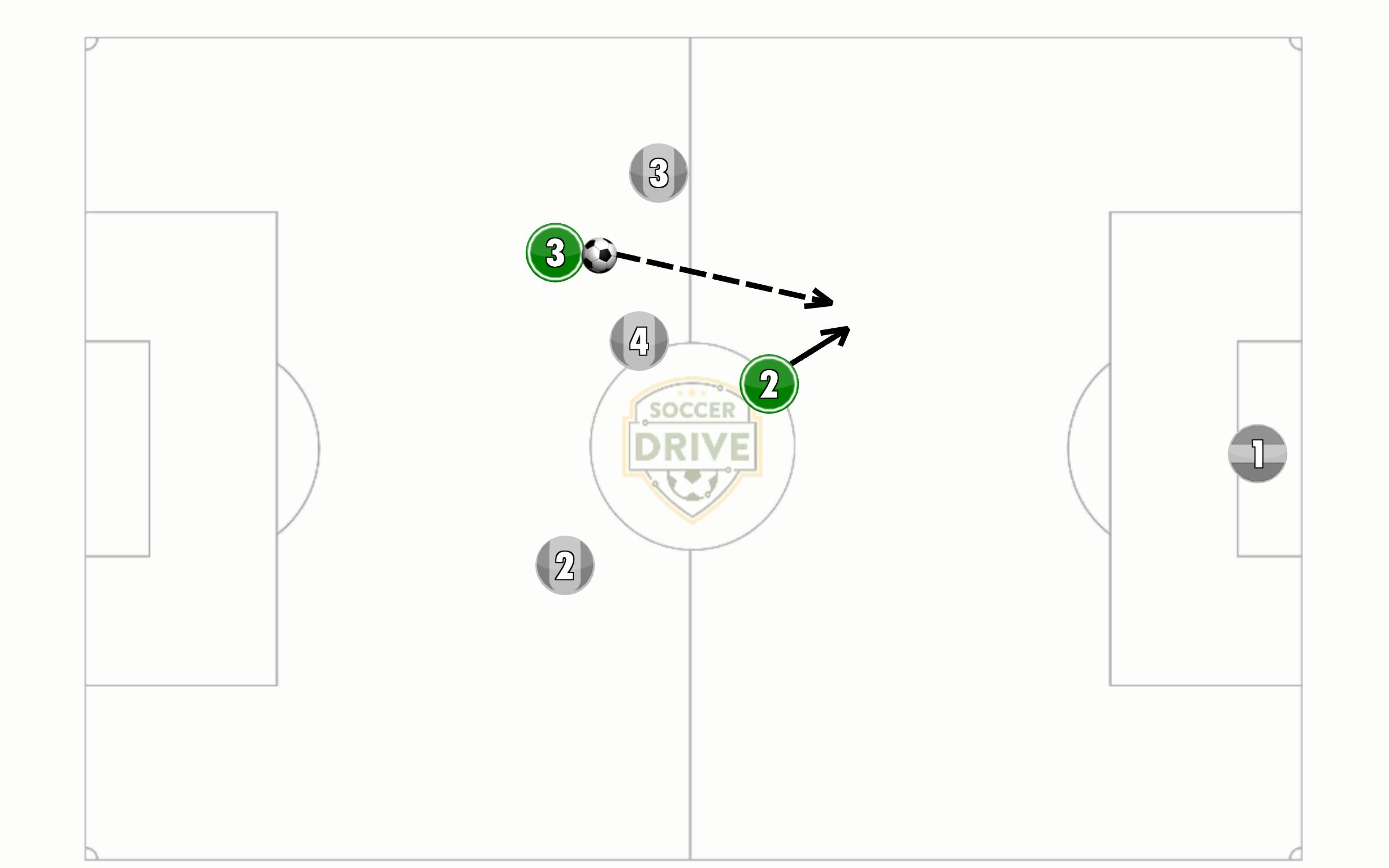 Onside Example: The attacking player is in their own half when the ball is played. You cannot be offside if you start from your own half. 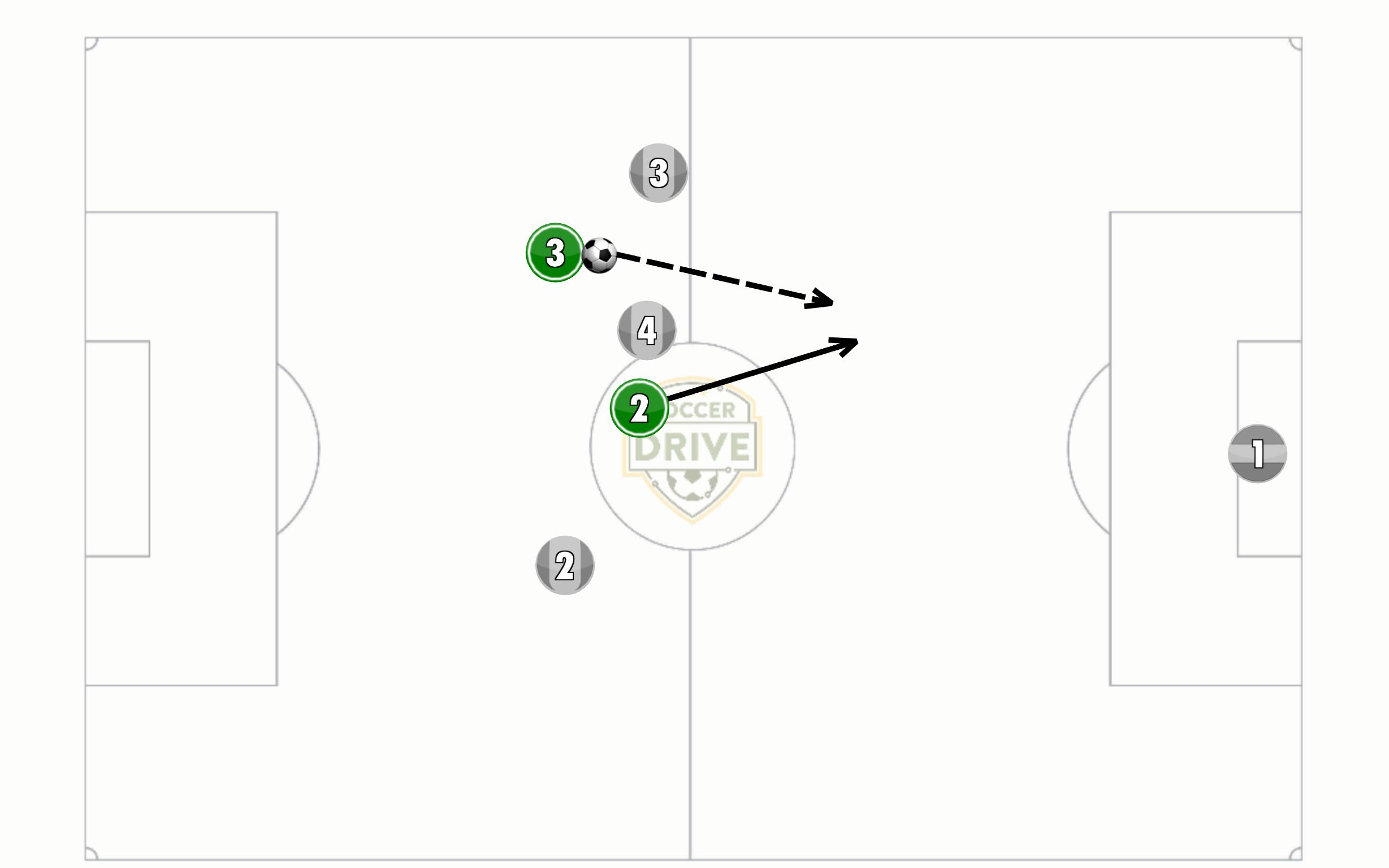 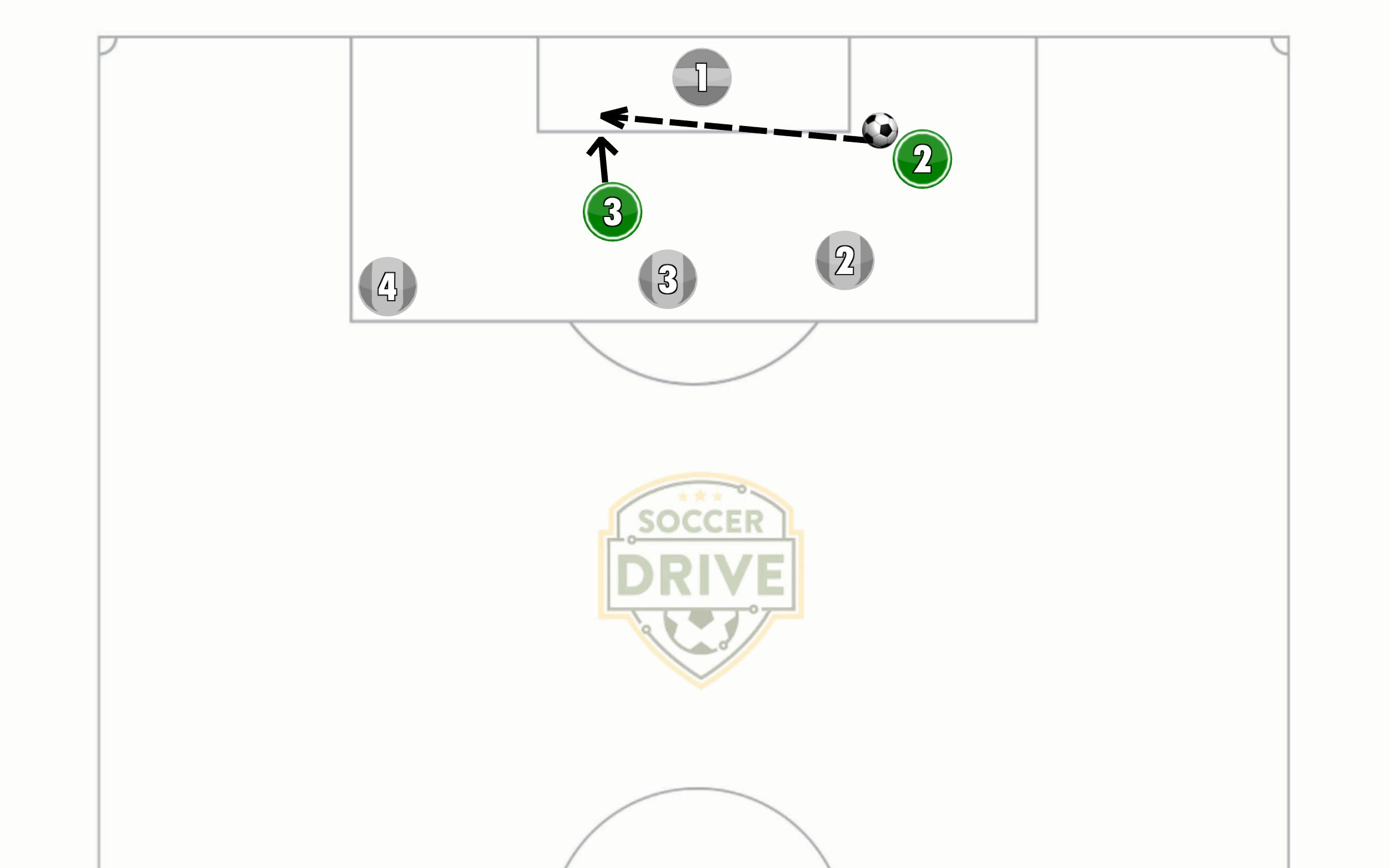 Onside Example: The opposing team passed the ball the attacker. You cannot be offside if the other team passes it to you, regardless of where you are on the field. 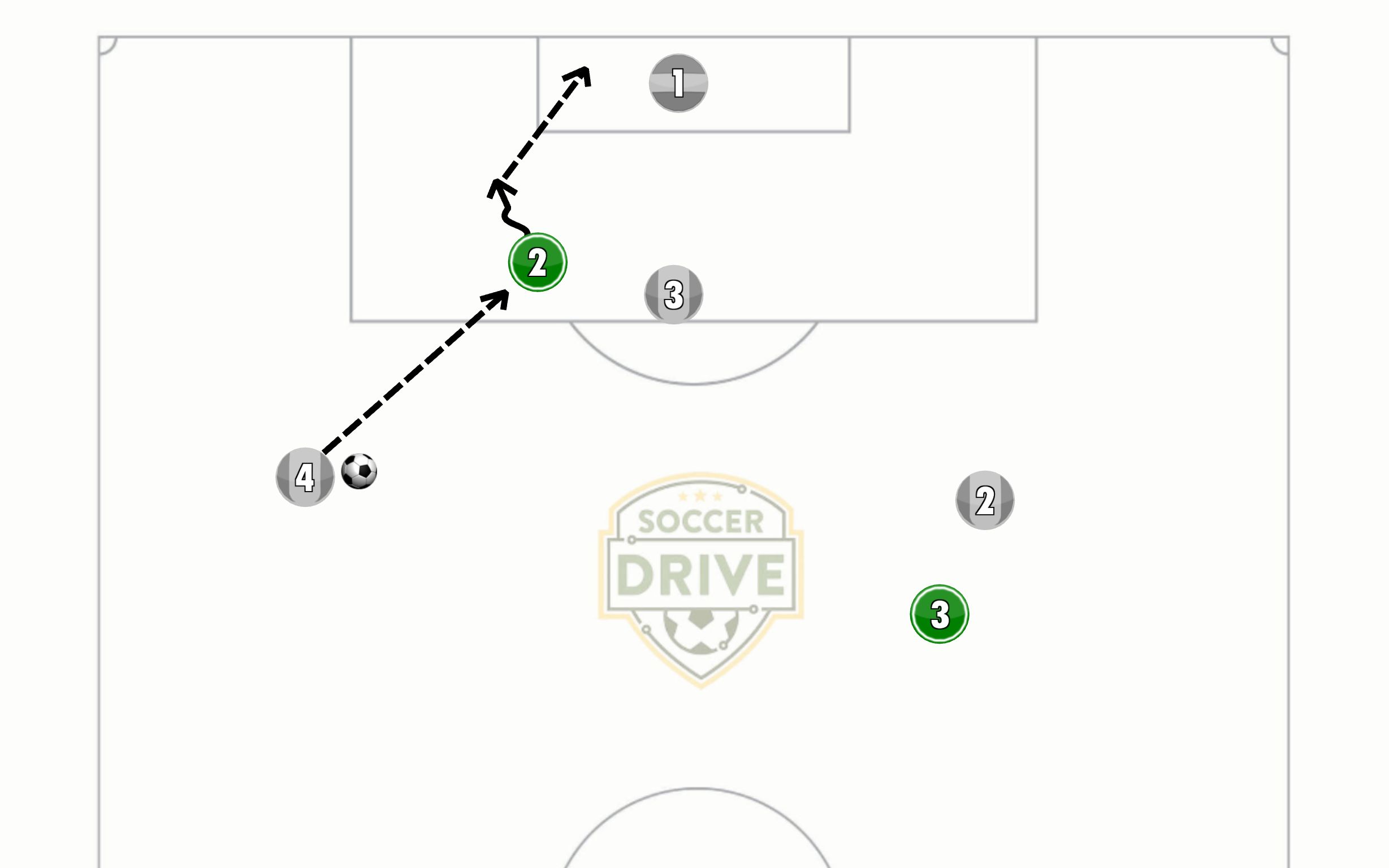 Onside Example: You must make an attempt to play the ball to become offside. For example, in this scenario even though a teammate is offside (only one defender between them and the goal when the ball is played), they don’t try and get the ball. The person who did get the ball WAS onside, so play is allowed to continue. 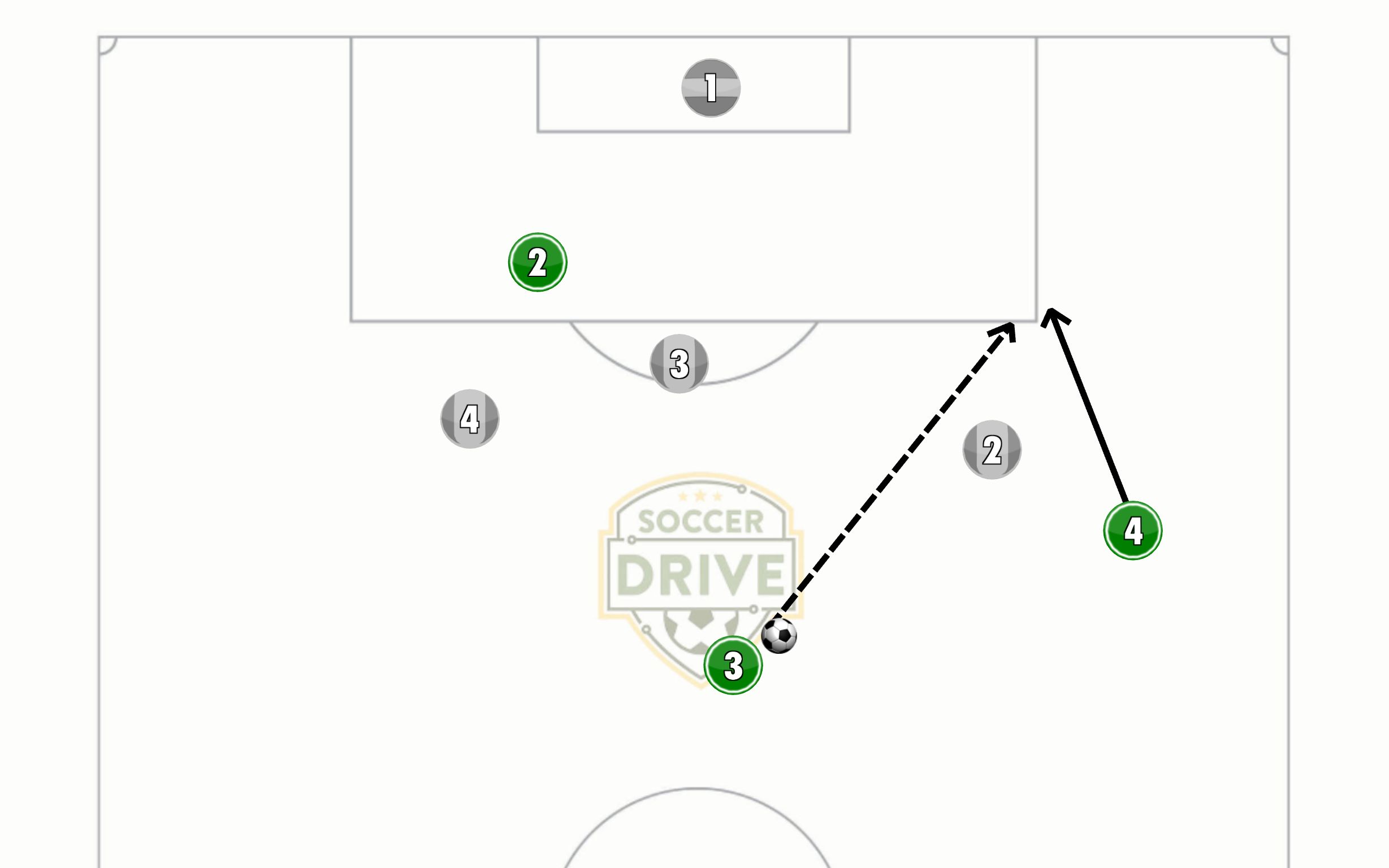 Offside is a tricky to understand when first learning the game, and can be difficult for referees to call because play moves so fast. In order to fully understand the intricacies of the rule, I recommend reading FIFA’s offside rule guide here.

It’s also important to note, that:

That’s it in a nutshell! There are many more very specific rules to soccer, and Soccer Drive recommends reading the FIFA Laws of the Game to fully understand the intricacies of the sport. However, it’s most important to read the official rules of the league your team is playing in. Almost every league has particular rules relating to field size, how many players on the field, how long the game is, and substitutions, so it’s important to familiarize yourself to the rules your team will be expected to follow foremost.

Good luck out there, coach! If you are confused about any specific rules relating to a game, it is a good practice to ask the referee BEFORE the game so everyone is on the same page.