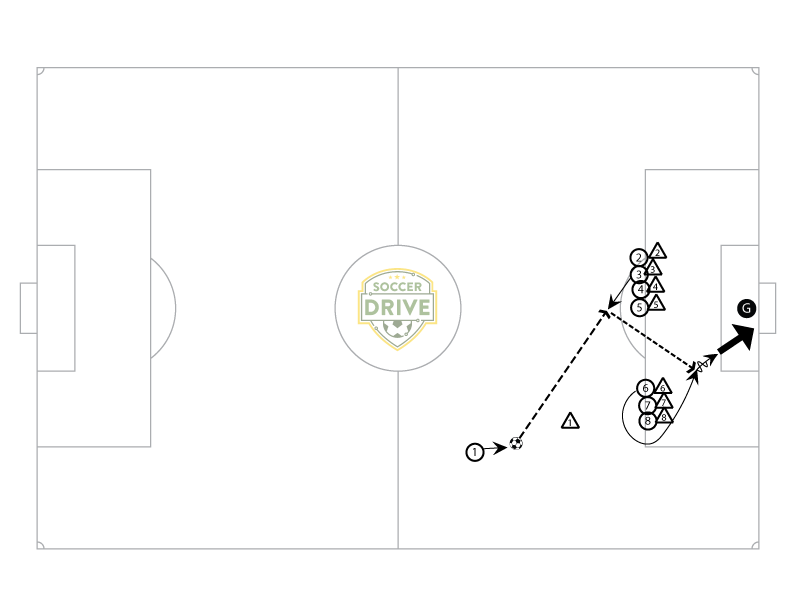 In this set piece players line up in two separate walls.  One wall of 4 players to the far side and a wall of 3 players on the near side.  A designated player will run towards the ball at about the same time it is served.  At the same time a designated player from the near side wall will run from the inside of the wall around to the outside in an attempt to free themselves of any mark. Player #2 looks to make a quick touch pass into space so player #3 can run into the space where the ball is played and create a good scoring chance.