*Note: During the 3 v 3 plus three, the players on the outside do not defend.

1    Speed of Play – Play one and two touch soccer and force the defenders to chase.

2    Patience – Possess the ball until a player has the time and space to make a long, driven pass.

3    Finishing – Take the dribble right at the defender at speed and put him back on his heels. 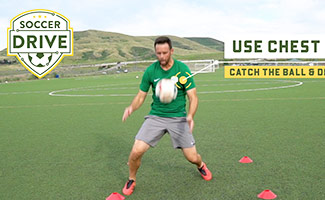